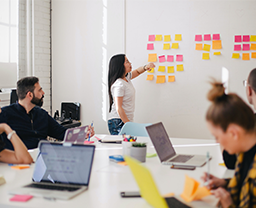 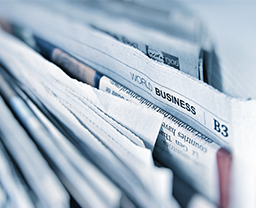 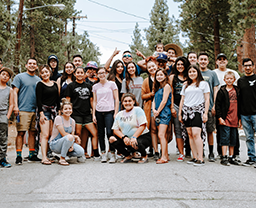 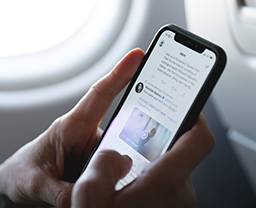 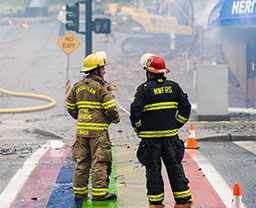 What Is Media And Public Relations?

Media and public relations are often seen as different sides to a coin, with either a rivalry or allegiance depending on which expert you talk to. However, each has a different definition and deserves its own introduction. Media is seen as the communication channel that is utilized to distribute news, music, movies and more.

This includes methods of physical distribution such as newspapers, magazines, or billboards, or digital avenues such as online newspapers, television, radio, and more. Media is one of the key things we use to communicate changes or events in our society either to a large number of people globally (mass media) or location-based (local media).

On the other hand, public relations is the purposeful communication from an organization or entity to the public to maintain or cultivate an image while responding to the public in a way to keep that image intact. Public relations strives to build mutually beneficial relationships between organizations, their various stakeholders, and the public at large. How is this done? Through multiple communication avenues, including news and press, media outreach, social media, and speaking engagements, to name a few.

1609: The first newspapers begin to show up in Europe.

1721: James Franklin pushes for the privilege of media independence.

1821: The first national magazines come out, such as The Saturday Evening Post.

1844: The first telegraph line is sent by Samuel Morse.

1858: The first transatlantic cable was created and laid along the seabed. The barrier of the ocean could now be overcome.

1860: The first public relations model is developed by P.T. Barnum called press agentry, which is only focused on gaining publicity, whether it was positive or negative, which was a one-way flow of communication without taking into account the other party’s response.

1880: Joseph Pulitzer establishes criteria for journalism and literature to be recognized through the Pulitzer Prize.

1899: The first photographs are seen in National Geographic.

1905: Ivy Lee came out with the public information model that strived towards the needs of others as the main concern is providing the truth about the organization to the public, which enhances public trust.

1984: The two-way asymmetrical model of public relations is born from the mind of James Grunig. This is a two-way communication model that utilizes communication to persuade and influence the actions and perceptions of the stakeholders. The central concern of this model is the organization and its interests. Not the public at large.

1984: The two-way symmetrical model is also created by James Grunig. This is what model is mostly emulated by public relations professionals, which focuses on ethical two-way communication to develop and sustain mutually beneficial relationships between stakeholders.

1991: The invention of the Web expands online news and information.

2000: Cell phones begin to rise, as does cellular technology.

2001: Newspaper chains and media conglomerates are now dominating the scene.

Types Of Media And Public Relations

Every public relations effort that a company performs should be coordinated from the outset to achieve company objectives. Each communication initiative must support and achieve these objectives, which is the foundation of strategic communications.

Having and building good media relationships is essential to gain third-party endorsement from the media when press releases, media kits, and even interviews are on the table. These media outlets can help an organization reach their most desired audiences and journalists need compelling stories to fill their pages, websites, and airways, so this is a win-win.

Sometimes one of the most effective ways to reach your audience is to directly engage with the community that is affected by communications, product launches, or opening of new venues in the area. Listening to the community and creating positive feedback through community-specific initiatives is crucial.

Every business needs a strong online presence to not only differentiate from your competitors but to be able to communicate to your customers online to generate leads and, most importantly, build relationships with those customers, influencers and bloggers.

This is not just when a crisis pops up, but rather a consistent and planned approach called crisis management where a clear crisis is in a plan to guide the company through times of hardship that includes how to handle internal affairs, the media, and key stakeholders.

How Does Media And Public Relations Help My Business?

This is where media and public relations go hand-in-hand. Utilizing public relations strategies such as press releases, media advisories, conferences, media kits, and other tactics can ultimately garner media attention, which can be a significant positive. For example, say you are launching a new product that will change mobile app development as we see it today. Evidently, you want to promote this to the appropriate media channels to gain third-party endorsement.

So you start with the research, the analysis and the communication/dissemination of these tactics. Guess what? It was a smashing success, and you have multiple newspapers covering your story, TV spots for key spokespeople to talk about your new product and a news conference to boot. Your communications tactics ultimately resulted in enhancing your brand image, reputation, and consumer base. This is the power that media that you do not own can garner you and why public relations has an essential role to play in gaining this for you.

How Does LT3 ATG Implement Media And Public Relations?

At LT3 ATG, we have experts in journalism and public relations who can help kickstart your communications strategy regardless of the end goal that you might have. Whether this is for a new product, reaching a new milestone in your business, announcing a new location, etc. We will develop a communications strategy, objectives and tactics that fit your situation accordingly to help you garner the media attention your story deserves. We will help you create a narrative that catches news gatekeepers' eyes, makes it into the newsroom, and from there, we will be with you every step of the way. Are you looking for a way to implement media and public relations? Book your consultation today!