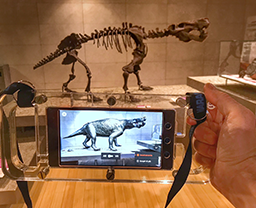 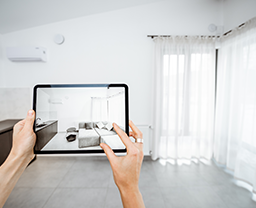 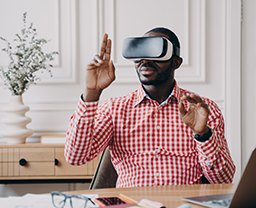 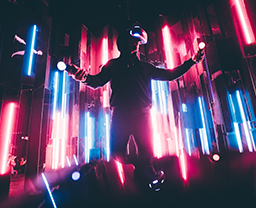 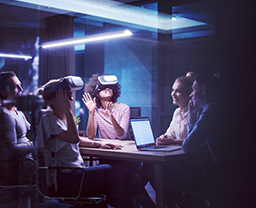 What Is Augmented Reality?

Augmented reality (AR) has gained momentum as one of the biggest tech trends in recent years. Think of augmented reality as the ability to overlay a real-world environment through a digital medium such as a park, so you can walk with the dinosaurs, play sports without equipment, shoot zombies, or maybe you just want to catch some Pokémon?

AR does not stop just on the video game screen, as it has real-world applications including:

The History Of AR

AR started back in 1968 when Ivan Sutherland of Harvard created the first head-mounted display, which was called ‘The Sword of Damocles.’ This allowed the user to experience computer-generated graphics that enhanced their perception of the world around them. In 1974, the dream continued to grow as Myron Kruger built a lab at the University of Connecticut that used projection and camera technology to emit onscreen silhouettes, which surrounded users in the room affectionately known as the ‘Videoplace.’

At this point, AR still did not have a name, nor had it transferred out of a lab or a university, but in 1990 Tom Caudell gave augmented reality its name. In 1992, the first military application was seen by USAF Louis Rosenburg, who created ‘Virtual Fixtures,’ which was one of the first functional AR systems that trained military personnel to virtually control and fly machinery.

There have been many instances where this technology has grown since that first functional system was created, such as NASA creating a hybrid synthetic vision, Sportvision creating the 1st & Ten graphic for the NFL, Esquire Magazine using it for print media to make pages come alive, Volkswagen’s MARTA app, Google’s Google Glass devices, Microsoft’s HoloLens, IKEA Place, and perhaps the most popular example, Pokémon Go.

The Types Of AR

This is ties to specific physical image markers in the real world. The technology will then superimpose a virtual object, text or pattern on top of the marker. The cameras will scan that input, and mark it for image pattern recognition to create this effect. If your camera is not focused on the mark, it will not be shown.

This requires no camera to put a mark for the image pattern recognition process, which means your objects, texts, and patterns can be applied to any real-life environment without a marker. This AR depends on tech in your smartphone, such as your camera, GPS, and compass, which effortlessly merges your data with input from the real-time data.

This is AR will be augmented to a specific place in time by analyzing real-time data from a smartphone camera, GPS, digital compass, and accelerometer. There is no cue required, and it will deploy the environment based on the users' present location.

This is where projected objects are rendered within or on a user’s physical space. The person in the environment can move in this zone as long as they are within the fixed projector and camera areas. With this AR, illusions of depth, position, and orientation of objects are possible.

This updates a normal view of the object with an augmented view for the human eye, which can be used to show additional information that would not be seen otherwise.

Camera technology is applied to the human eye to outline specific objects with lines or boundaries in certain situations, so the user can better understand the environment. A specific example of this would be the in-car navigation systems that tell you the boundaries of the vehicle.

How Can Augmented Reality Help My Business?

For many businesses, the answer is not always simple or obvious. However, an initial starting point for augmented reality technologies and applications could be as simple as implementing them in your training processes for your employees, which would give them the opportunity to train for their real-life situations.

Saving on the cost of training employees is an excellent starting point, but perhaps you have even grander schemes in mind, such as applying augmented reality to your customer base to allow them to interact with your company in a more meaningful way.

Whatever your goals might be, at LT3 ATG, we will help you analyze your business and find how augmented reality can make an immediate impact for you. Book your consultation today, and let’s get started!