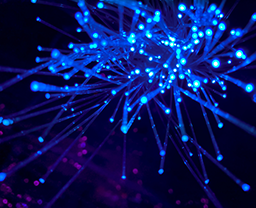 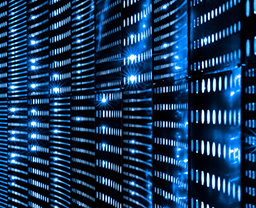 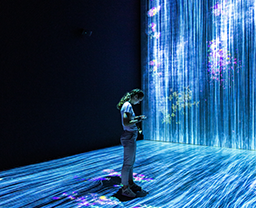 What Are Neural Networks?

Think of Neural Networks like the human brain and neurons except change them out with computing systems and interconnected nodes. Algorithms allow the systems to recognize hidden patterns and correlations within data, organizing and classifying it, which leads to the system continuously learning and improving. Neural networks have an incredibly diverse skill set, including computer vision, speech recognition, playing board/video games, medical diagnoses and more.

Neural networks are perfectly built to help people solve complex problems in real-life environments and scenarios. These networks will learn and model those relationships between input and outputs that might be nonlinear and complex, but for these networks, the process is simplistic and only gains momentum each time they are used.

The History Of Neural Networks

Since neural networks are a branch of machine learning, it only makes sense that the foundations are also shared. Walter Putts and Warren McCulloch's paper on "A Logical Calculus of The Ideas Immanent in Nervous Activity" demonstrated the first mathematical model of neural networks. Donald Hebb's book called The Organization of Behavior believed that these networks could strengthen each time they were used.

In the 1950s, the thought of thinking machines continued to fascinate scientists and for years, each event provided boosts to artificial intelligence and neural networks, such as the Dartmouth Project. Then, for 20 years, it went quiet, and the scientists and the public wondered what the implications might be. Finally, in 1972 and 1975, the first unsupervised neural networks were developed.

The 1980s brought another sense of optimism. John Hopfield of Caltech got this going with a paper delivered to the National Academy of Sciences. He wanted to create devices that would model brains while creating valuable devices.

Today, the conversations concerning the future of neural networks and their applicability are happening everywhere. The leaps and bounds occurring in the 2000s are endless, and every company has an opportunity to be a part of the movement.

This is designed by programmers and computers comprised of nodes containing input, output, and hidden layers. Each node or artificial neuron has a connection and requires a certain weight/threshold to be activated, which will send data to the next layer and the next layer in the network. These networks are seen in industries such as cybersecurity.

This deep learning algorithm will take input from an image, assign importance to various aspects or objects in the data, and interpret and differentiate it from other data sets. This network is highly common in computer vision.

This network uses sequential data or time-series data. Another deep learning algorithm that is utilized for ordinal or temporal problems like language translation, speech recognition and image captioning, which we have seen in applications such as Siri or Google Translate.

Want to see how Neural Networks operate? Take a look at the video below. If you want to skip the quiz, stop at 4:22.

How Can Neural Networks Help My Business?

Our experts can build you the algorithm and the neural networks to execute your business tasks with velocity, whether you are a startup, mid-range business, or an enterprise. You get to choose how they are applied, and we will build exactly what you need to succeed. Book your consultation today, and let’s see where neural networks will make a difference in your business!