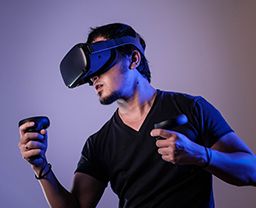 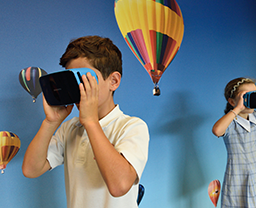 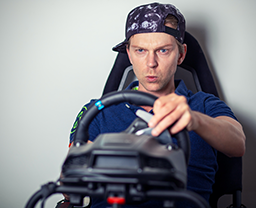 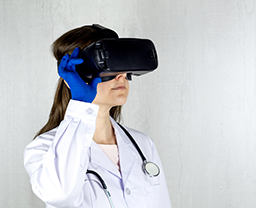 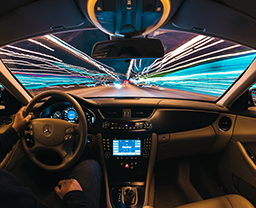 What Is Virtual Reality?

Virtual reality is a fully immersive experience that tricks your senses into thinking that you are in a completely different environment. Entirely different from the real world as opposed to enhancing it as augmented reality does. The user is able to interact with the 3D worlds by simulating as many senses as possible, including vision, touch, hearing, and in some instances, smell.

This technology is commonly used in video games, education and business meetings. Currently, virtual reality is being used for:

Virtual reality has a significant presence in numerous industries and businesses. Are you ready for it to make an impact on yours?

The History Of Virtual Reality

The ideation of virtual reality dates all the way back to the 19th century as books and literature came out outlining that people could eventually immerse themselves in a virtual world. In 1962, this began to take off with the first virtual reality simulator called the Sensorama, which was made by Morton Heilig that had stereo speakers, display, fans, smell generators and a vibrating chair. The first VR-mounted headset came out from Helig again as he gave computer-wide vision with stereo sound. This was quickly followed by another few headsets from Philco (Headsight), Ultimate Display and Sword of Damocles (both created by Ivan Sutherland). To close out the 1960s, the first computer-generated environment by Myron Krueger developed the first computer-generated environment that reacted to people. His projects of Glowflow, Metaplay and Psychic Space led to another key inspiration of technology in the 1970s.

In 1974, Krueger came out with another projection system called Videoplace, which was another interactive environment. Then, in the 1990s virtual reality devices began to explode, but the cost was too expensive for most until Virtual Reality Group then launched arcade games and machines where the VR headsets were available. At that point, Sega and Nintendo launched their own first headsets. With the foundation set, VR was off to the races.

The most popular place where virtual reality is used. This technology offers endless possibilities to developers and designers alike, including first-person shooter games, adventure games and more.

Students have always had a better chance of retaining information that they can see, hear and apply. Using this technology, VR can offer detailed visuals of anatomy, art, planets and more. Google’s “Expedition” allows teachers to take students away from the classroom to explore environments such as Mars or Antarctica.

Caterpillar created simulators to enhance their product and train their people. These can simulate driving a Caterpillar vehicle with the addition of haptic feedback so that they can experience their mistakes and successes in the virtual world.

Not every doctor or person in the healthcare system has enough time to practice every procedure and technique. VR usually makes this a possibility, so there are fewer errors when healthcare professionals are in those real-life situations.

Car designers can use virtual reality to design vehicles so they have a clear idea of what the product will look like in the early stages. This gives them the flexibility to assess, adjust and iterate, which might in time completely eliminate the need for clay models.

How Does Virtual Reality Help My Business?

At LT3 ATG, we recognize the value of virtual reality, and our experts can help you with the ideation and implementation of virtual reality for your business, no matter how niche or complex the request might be. Book your consultation today, and let’s get started!